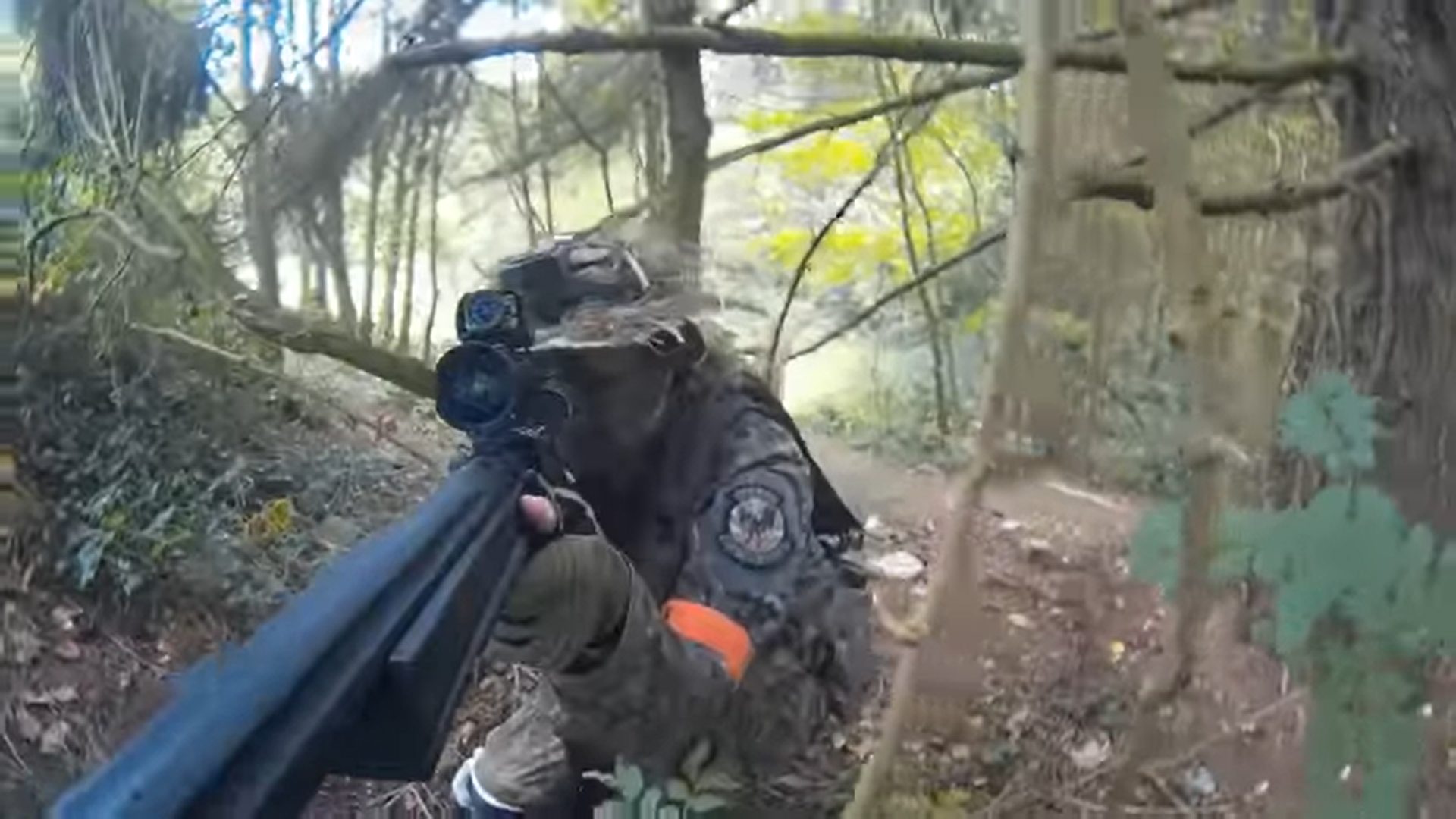 Get one of these 3 best airsoft sniper rifles under 150 dollars that allow for extreme precision and ultimate performance.

The craziest game to exist to date is the airsoft sport that mimics the war zone and lets you feel like a real military hero. You need an airsoft sniper rifle to play the game in an indoor or outdoor field. The airsoft sniper rifle is used to project BB pellets that are used to take down the opponent. While this game is fun to play, you need to have some skills to use the rifles.

Airsoft sniper rifles use BB plastic pellets that leave a nasty sting upon impact. It works by bolt action, and they have a longer barrel that helps you aim better and accurately. Other than that, they are a bit lighter than real rifles and are easier to use. We have compiled the 3 best airsoft sniper rifles under 150 dollars so that you can choose your favorite one.

Step in the airsoft battlefield with all the might and the confidence of a winner with BBTac Airsoft Sniper Rifle M62. Your sniper rifle will bring chills in your enemies because it will not fail you even for a second. This bolt action rifle is made with supreme precision that offers stability and long-range shooting. BBTac M62 is everything you need for airsoft combat. We love its fast-loading feature; with its clip, it only takes a second to reload and shoot, which allows for ultimate convenience.

BBTac Airsoft M62 is considered the best airsoft sniper rifle under 150 dollars due to its supreme build. It is made with top-quality ABS polymer that allows for durability and supreme performance. It shoots .2g BBs at higher FPS to ensure you don’t miss your target. The spring-loaded feature allows for a powerful shooting making you stand victorious along with your team in the war zone. Besides, this six-caliber airsoft sniper rifle offers 20 rounds, and its metal barrel prevents heat damage making it a long-lasting product.

In addition to that, it has an ergonomic build which makes it highly convenient and comfortable to hold when you are shooting. It weighs only 4 pounds; therefore, you will not feel tired even when you hold it for long periods of time. Since it is a bolt action rifle, it can shoot the pellet to a larger distance with ultimate precision. Its bolt action is genuine, and you almost feel like you are dealing with real combat rifles to elevate your gaming experience.

Overall, if you are looking for an affordable airsoft sniper rifle with some incredible features, BBTac M62 is your best bet. It is built with premium quality ABS polymer and has a metal barrel. Other than that, it offers a quick reload to ensure you don’t miss a single target. Lastly, it offers real bolt action that allows for realistic combat feels.

Next from our best airsoft sniper rifle under 150 dollars review list is the ultimate Double Eagle Field Marksman Bolt Action sniper rifle. Double Eagle is known for its higher FPS and precision when you shoot. The durability and design of this sniper rifle speak for themselves. It is made with premium quality ABS polymer that makes it high strength and long-lasting. Adding to that, it is exceptionally lightweight and ergonomically built, which makes it easy to hold.

The barrel, bolt, and trigger are made up of high-quality metal, making it rugged and heat resistant. Our favorite part is its adjustable hop-up system which is used to create backspin on the projectile, which results in increased velocity by reducing the air pressure on the projectile. The sniper rifle uses .20 grams BB and offers a whopping 400 to 420 FPS, making it one of the best rifles for airsoft. This sniper rifle is made for moderate ranges making it best for indoor games.

If you find it hard to keep the rifle’s stability intact, worry not! Double Eagle airsoft sniper rifle comes with a bipod which can be mounted on the front rail to increase stability. You wouldn’t miss a single target if you have the bipod mounted. In addition to that, it also comes with a speed loader that prevents jamming by cleaning it up every time. Last but not least, this gun is easy to use and maintain and is excellent for beginners.

If you are looking for a higher FPS rifle at an affordable price tag, Double Eagle Field Marksman is your way to go. It comes loaded with so many incredible features making it everyone’s favorite. For instance, it is made with premium quality ABS plastic and high-strength metal to make it long-lasting. In addition to that, it offers 400 to 420 FPS value for a .20g BBs which means it hits harder and faster. Last but not least, this airsoft sniper rifle comes with a bipod which allows for extreme stability.

Next in line is this supreme airsoft sniper rifle by BBTac, which will take your whole gaming experience to another level. It features a whopping 470 FPS value which makes it the fastest airsoft sniper rifle. The best thing about this rifle is that it has a durable metal frame, making it heavier and the most stable of all. The stability of this rifle ensures you don’t miss a single target in the whole venture.

Other than that, it features 27 rounds, making it one of the best airsoft sniper rifles under 150 dollars. Some of its parts are made up of premium quality plastic which is wear and heat resistant. It is made with precision which allows you to aim and shoot with ultimate accuracy. The 3x scope on this airsoft sniper rifle allows you to aim better and take down each and every target with a single shot. This ammunition is loaded with a high-performance reinforced spring that allows for a boost in the FPS.

In addition to that, BBTac 470 FPS sniper rifle is easy to maintain and operate. It offers a single shot and easy bolt action, which allows for superior convenience. Not only that, but it also comes with a removable clip that consists of 27 rounds at one time. For extra stability, you get a bipod stand that keeps the rifle still, allowing for spot-on shooting. Lastly, BBTac 470 FPS Wellfire APS can be used for short as well as long-range shooting.

Which airsoft sniper rifle is the best of all?

There are hundreds of sniper rifles you can find online or in the market that can be called the best as they are manufactured by leading companies. However, the best airsoft sniper rifle from the above list has to be the BBTac Airsoft Sniper Rifle M62. It features some impressive specifications that make it a long-range and the most stable airsoft sniper rifle.

Is 400 FPS good for airsoft rifles?

400 FPS airsoft sniper rifles are extremely in demand because of their high-speed shooting and precision. 400 FPS means that the projectile will travel 400 feet per second upon leaving the barrel. In addition to that, 400 FPS are good for long-range shooting, and they allow for accurate hits.

Is BBTac a good airsoft brand?

BBTac is a leading airsoft brand that makes some of the best rifles there ever is. They make futuristic sniper rifles that are loaded with many useful features. Their airsoft rifles and other accessories offer promising durability and provide extreme precision and accuracy during the combat peak.

Airsoft is a crazy combat simulation game that allows for interaction and enhances your concentration. Airsoft is played on an indoor or outdoor field that mimics a battle zone. You need high precision, stable, and high-performance airsoft sniper rifles or firearms so that you can win the game. We have compiled the 3 best airsoft sniper rifles under 150 dollars in the above section. Listed below is the product that we can recommend without hesitation.

All in all, airsoft not only takes your adrenaline to the peak but also improves your aiming and concentration. It takes a good quality precision rifle to perform well on the airsoft battlefield. All the products mentioned above are manufactured by leading companies that promise durability, performance, and reliability.