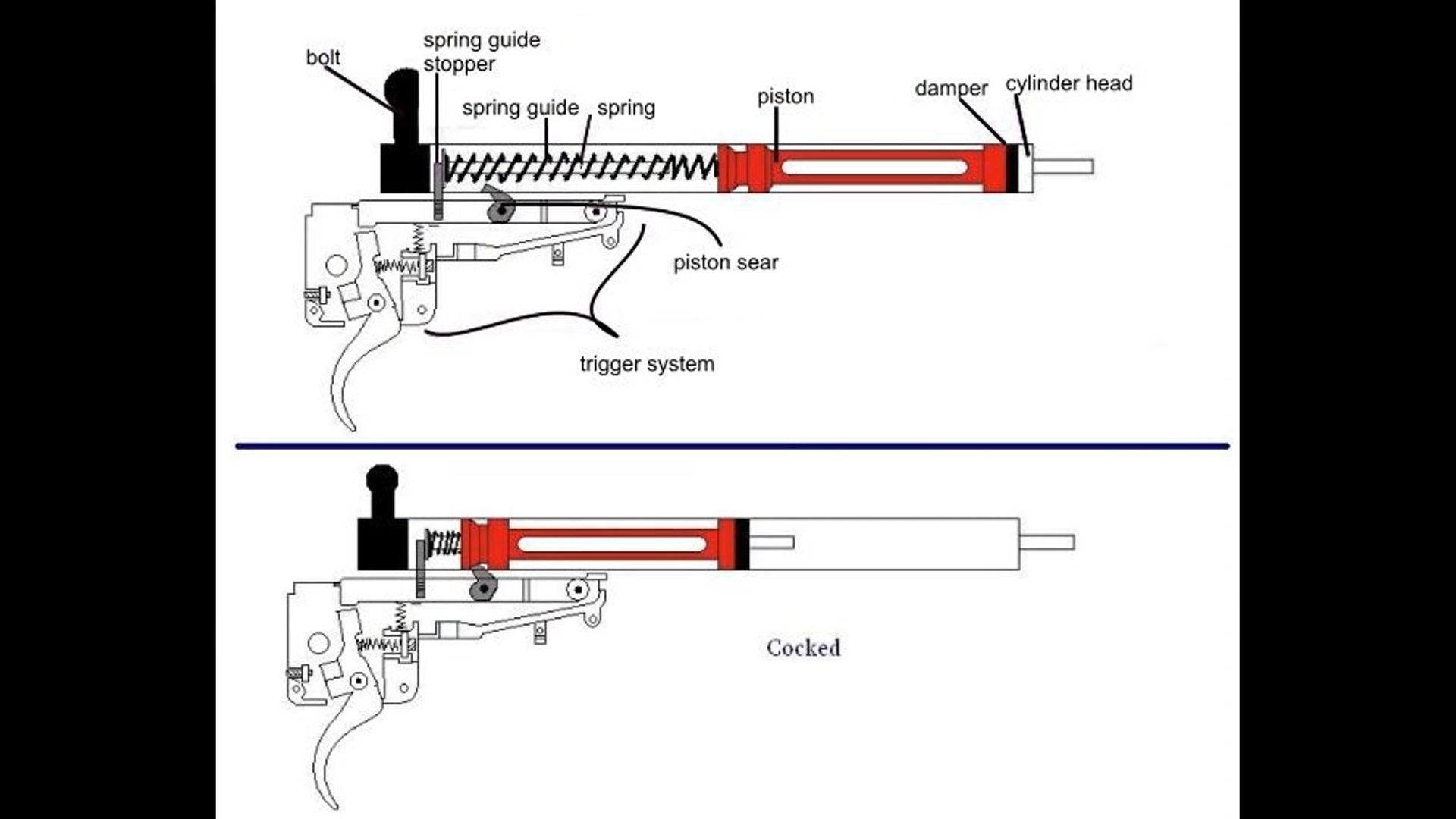 Discussed here are the characteristics of airsoft sniper rifles for beginners and also the types of mechanisms which these guns employ.

All of us have grown up playing shooting games with our siblings with airsoft guns but, did anyone of us at that time ever think of it, How do airsoft guns work? Not at all, but here we will be talking about the working and characteristics of airsoft guns and sniper rifles in particular, in this article. These guns are usually played with for fun but, actually also employed in military training, etc. Today, there are three forms of airsoft sniper rifles counted to be most common which have their own mechanisms. Let’s have a further discussion on their operations.

How Do Airsoft Sniper Rifles Work?

Talking about the different categories of airsoft sniper rifles, these are easily accessible and each one of them employs a different specification of its type somehow, though the overall mechanism is the same. Some of the airsoft sniper rifles are constructed with a plastic material while others are designed with metal and, in the third type there is a mesh of both types To know about different types of Airsoft guns Read. Now, let’s have a look at their characteristics closely for a better understanding.

First comes the automated airsoft sniper rifles that are deliberately used, and how these airsoft guns work is interesting yet known to all of us. These are the kind of weapons which when set off to shoot BBs won’t stop unless you take your hands off them. These fully automated sniper rifles are generally known to be electric guns and have more sophisticated structures and machinery within them to operate. You can’t turn off the machine guns unless you back off your hands or if the BBs are all used up.

This characteristic is present in the airsoft sniper rifles which employ gas fuel or electric power but is absent in the types of guns that constitute the spring mechanism. The second type is the partially automated ones, in which you have to shoot the BB one by one. It’s like you give out one BB at a time and you would press again if you want to. Contrasting the machine guns, it works depending upon your will how much you want to fire.

Next, comes the airsoft sniper rifles that either operate by backfire mechanism or without them. The backfire mechanism is more amazing to be seen and is much related to Newton’s Third Law of action. So, when you shoot from such a gun each time you initiate the force of action on the bullet or the pellet and it moves forward. Conversely, the gun backfires and exerts some pressure on your shoulder too. In fact, the backfire guns are generally not so effective at their outcome as compared to the non-back fire ones.

Alternatively, non-backfire airsoft sniper rifles do not require the same energy each time, so you can shoot with them easily. The rifles with non-backfire effects save more energy and also they do not consume air as the backfire ones. These guns are noiseless, cheap in price whereas the backfire guns are much more expensive and are noisy because of their mechanism. The non-backfire guns are easily handled having simple machinery in comparison to the latter one which has a more complicated structure.

You must be thinking of how airsoft guns work in these two types so, let’s examine their mechanism. The single shot is the operation in which you have to reload the sniper rifle again and again after every shot. In a single shot, the hammer of your airsoft sniper rifle is released every time you shoot, so you have to reload it again. Whereas, in the double shot operation, once you load the gun you don’t have to reload it again every time; rather the hammer gets locked in its position.

The ones who already have much knowledge about these airsoft sniper rifles would definitely know the functional mechanism of guns. But, the ones who are at the toddler stage might be wondering how airsoft works, so don’t worry about it, you would learn a lot from here. These guns have basic three forms of operational working which they execute. Likewise, these rifles have also been incorporated with the machinery within them according to their working whether complex or simple.

Can airsoft guns be injurious to you?

Depending upon the type of airsoft guns they can be injurious to you, may cause you wounds and even in severe cases can be fatal. As they are also employed in military training, airsoft guns are not just toys to play with.

Airsoft guns are not counted to be in proper weapons, so yes young children can also play with them. But, it is most suitable to play at the age of 12 when they themselves have some intellect about it.

Is there a license required for having an airsoft gun?

If you are mature enough and have a piece of proper knowledge about weapons and their handling then you don’t need any license for having an airsoft gun. These are not counted in weapons but require some precautions to be taken at handling them. Read for a detailed review of legal issues.