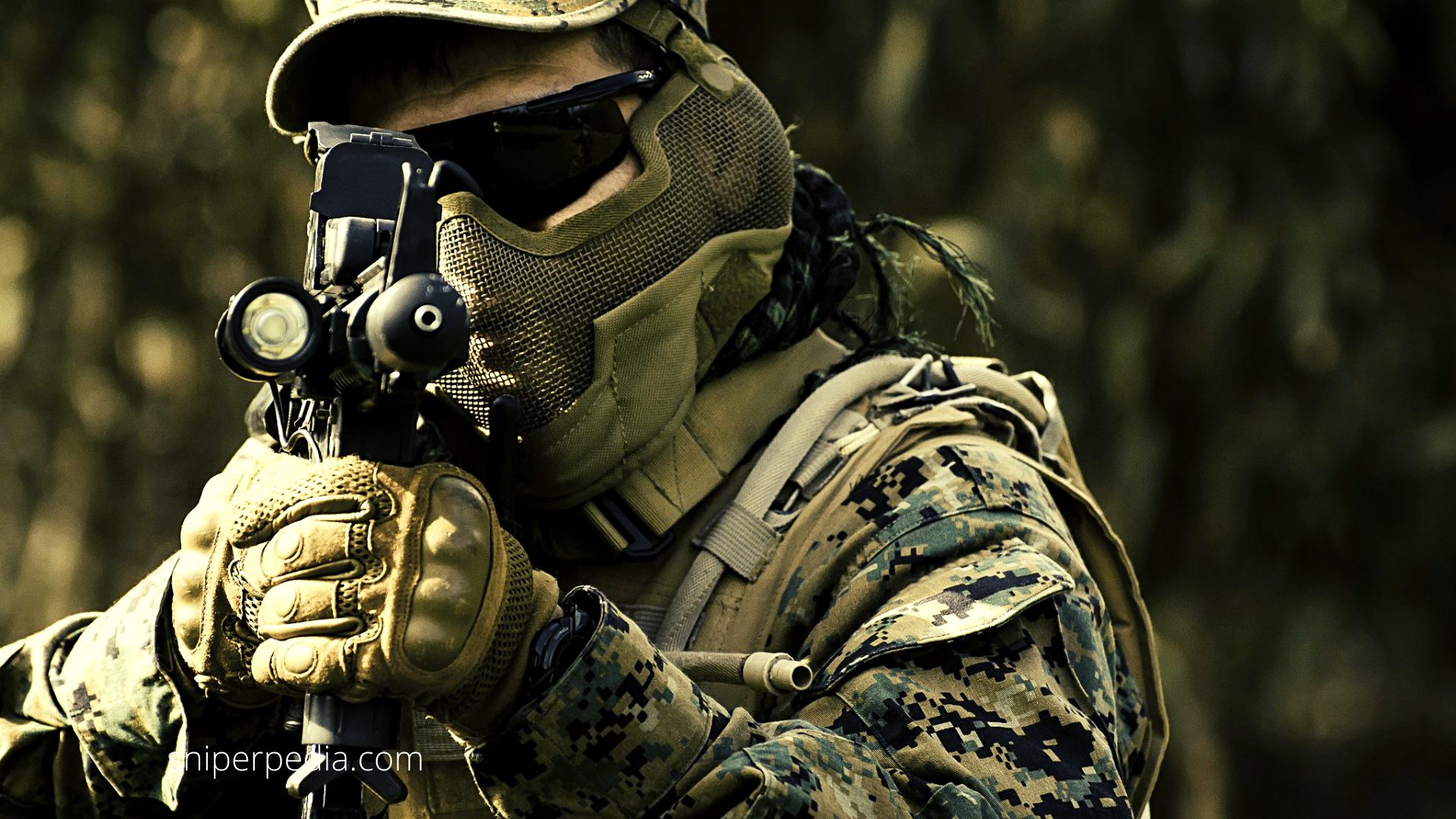 How much do airsoft sniper rifles hurt is a question that haunts many, so let’s find the specifics in more detail in this article!

You may want to start playing airsoft but chicken out at the last minute at the thought of getting hurt. Come on, don’t be embarrassed; it’s not such a bad thing to be afraid, but giving in to your fear definitely is a cowardly thing to do. You just need to know how much airsoft guns hurt before you can test the waters yourself.

Keeping this question in mind, I have tried my very best to prepare a comprehensive article that will help you visualize the amount of pain you may feel in case you get shot. The level of pain you may feel by an airsoft shot depends upon certain factors mentioned below. So, if you are interested in knowing more, keep on reading. Now, without wasting any more of your precious time, let us dig right into the details.

How Much Do Airsoft Sniper Rifles Hurt

The pain you may feel from a direct hit depends on the range at which you got shot. At a shorter range, the projectiles fired by the airsoft guns, i.e., BB, have enough kinetic energy to collide with your body with greater force. So naturally, it will hurt more than if you get shot at a greater range. The reason lies in the decreased kinetic energy of BB due to greater distance coverage.

The weight of BB also affects the amount of pain you may feel from a direct hit. The greater the weight of BB, the more painful the sensation will be. The reason is that heavier objects make a greater impact when they collide with another surface. On the opposite end, lighter BB makes a smaller impact.

3. Your Own Pian Tolerance Level

Every individual has a unique set of characteristics. Some people have a high endurance level, whereas some have a much lower tolerance. This specific attribute determines how much pain you can take. Individuals with a higher tolerance level will feel less pain than those with lower endurance levels.

You will notice a visible difference when you get hit on bare skin versus when you get shot on an armored part. Layers of clothing or hard armor surface reduce the impact of a strike, thus resulting in reduced pain. So, always take extra care to cover yourself, especially your body’s soft parts such as face, neck, groin, eyes, and ears.

Does airsoft hurt more than paintball?

Yes, airsoft hurts more than paintball because of the difference in the size of ammunition. If you are familiar with the two, you must already know that paintballs are much larger than airsoft projectiles. Paintballs have a higher impact rate than airsoft strikes which is why it hurts more than the latter. This is also the reason why you would notice a considerable difference between the protective gear of the two. Paintballers wear light armor, whereas adult airsoft players may make do with regular clothing.

Modern-day airsoft guns are bound to hurt more if you get hit by them because companies all over the world are indulging in making more powerful airsoft guns due to increased demand. So, if you compare your old airsoft gun with that of a new one, a direct hit by the new one is definitely going to cause more pain. Keeping these facts in mind you must be very careful in taking proper precautionary measures before heading to your next airsoft game.

Can you get killed by an airsoft gun?

Airsoft guns are mock air weapons used to play airsoft games. However, no matter what the definition says, it is still a weapon and can prove to be very dangerous if not held with due care. Certain delicate parts of your body, such as eyes and ears, are susceptible to irreparable damage if they are hit directly during an airsoft game. These wounds can prove to be fatal as well. So yes, in extreme cases, you can get killed by an airsoft gun if you are not careful covering yourself properly.

Does airsoft hurt more than Nerf?

The comparison between airsoft and nerf is a little challenging. They both hurt a lot if and when you get hit mid-play. However, it also depends upon the range at which you get shot and the weight of the pallet your opponent is using during airsoft games. All in all, airsoft strikes are proven to sting longer than nerf hits. So, always take extra care to cover yourself adequately before you start playing airsoft.

Summing it all up, it is safe to conclude that airsoft guns do hurt true to their name, but the pain is bearable. You can further reduce the effects of the strike by taking preventive measures such as wearing proper protective gear. If you can’t afford a kit, then the least you can do is wear thick clothes that cover all parts of your body, plus a mask to cover your face, especially your ears and eyes. Another more effective measure is to go by the rules, for they are made to ensure your own safety as well as those around you.